I am a fine art and documentary photographer and I live in Boston. I enjoy acquiring images of the city, and have been taken, particularly, with the Boston Public Garden, the oldest of its kind in the nation. I especially like the Public Garden Bridge, built as the world’s shortest functioning suspension bridge in 1867 (converted to a girder bridge in 1921).

Using digital cameras, I seek to create photographs that tell a story, and am drawn to “contrasty” images, in which brights and shadows become important components. I commonly acquire color images, but often convert them to black and white, if the color is not important, or when it interferes with the perception of tonality. Tonal differences often are the main means I use to assure communication my feelings about the subject of an image.

As with “Public Garden Bridge Sunset,” many times I employ a camera converted to allow only near infrared light, which is outside the ability of the human eye to perceive, to be recorded by the camera’s sensor. This creates red and white “raw” images, with reds and greens becoming light tones and blues dark tones. I then use post-processing to convert the image to black and white, so grass or leaves often come out white and the sky dark, even black. The result can be emotionally dark or otherworldly. This can be jarring to the viewer, as it does not fit, somehow, with what they were expecting to see. 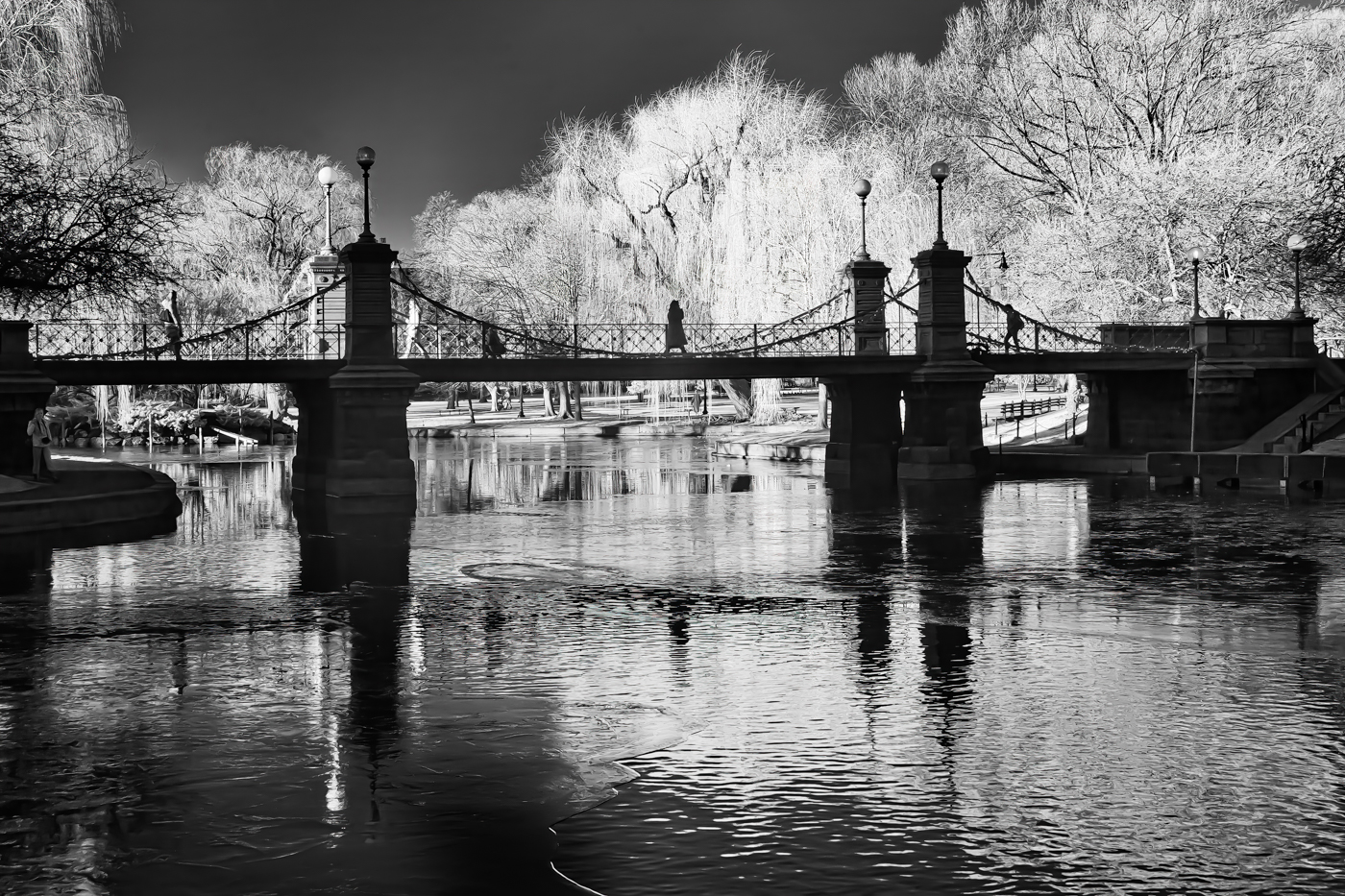