Erik has been a passionate photographer for most of his life. Starting as a pre-teen with various simple cameras, his zeal for photography really took off when he discovered Single Lens Reflex (SLR) cameras around 1980, when his father purchased a Minolta SRT202.

Erik likes to photograph a variety of subjects; his current favorites are flowers, leaves, and food.

This photo was taken with a 1980’s era Pentacon Six medium format camera, made in what was then called East Germany. It is a fully manual camera; as configured to take this photo, no exposure metering was available in-camera. Focus and film advance are completely manual. Lens used was a Carl Zeiss lens of the same era, also from the Deutsche Demokratische Republik. This was the first or second roll of film (Ektachrome) shot by the artist with this camera. 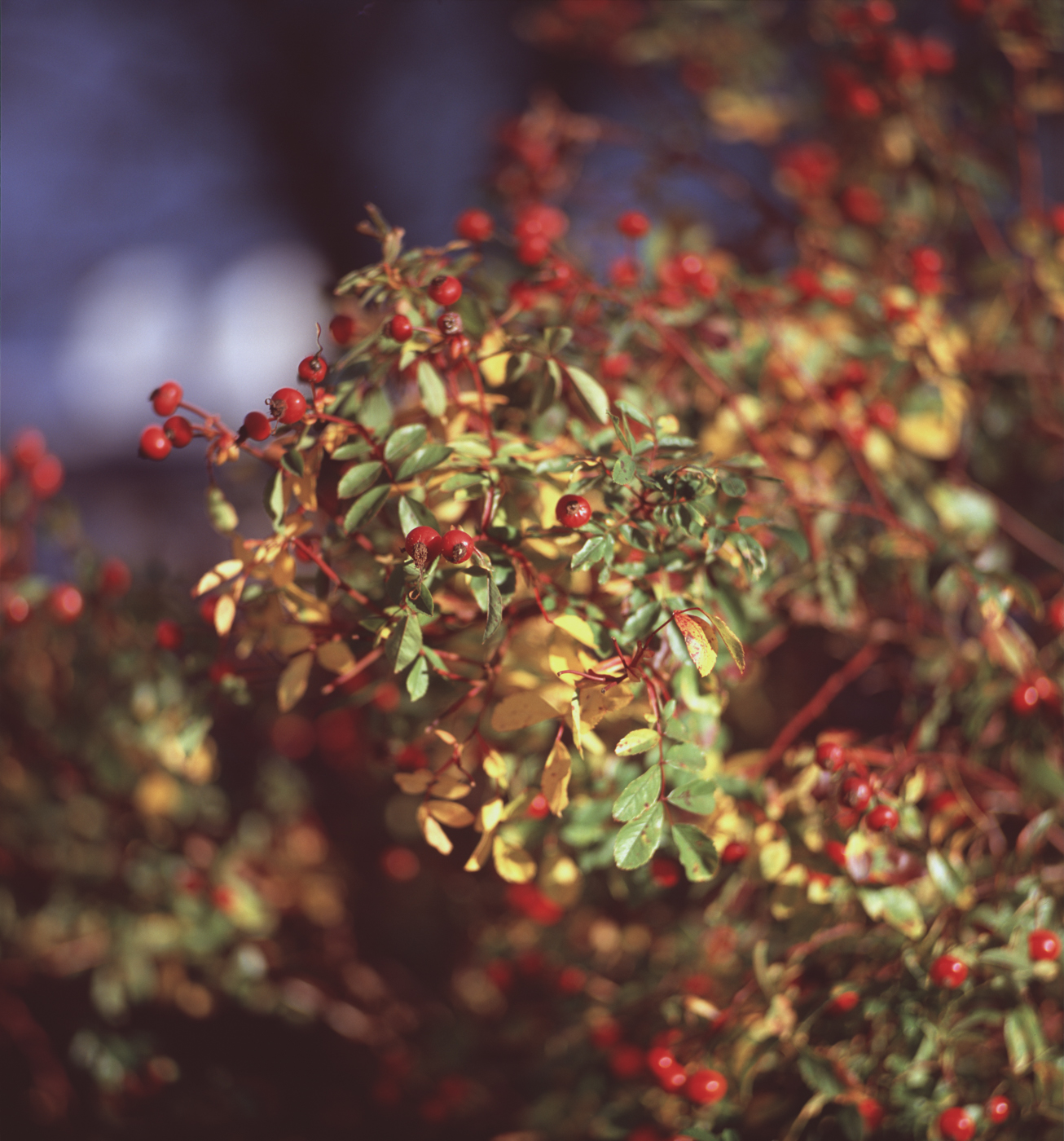